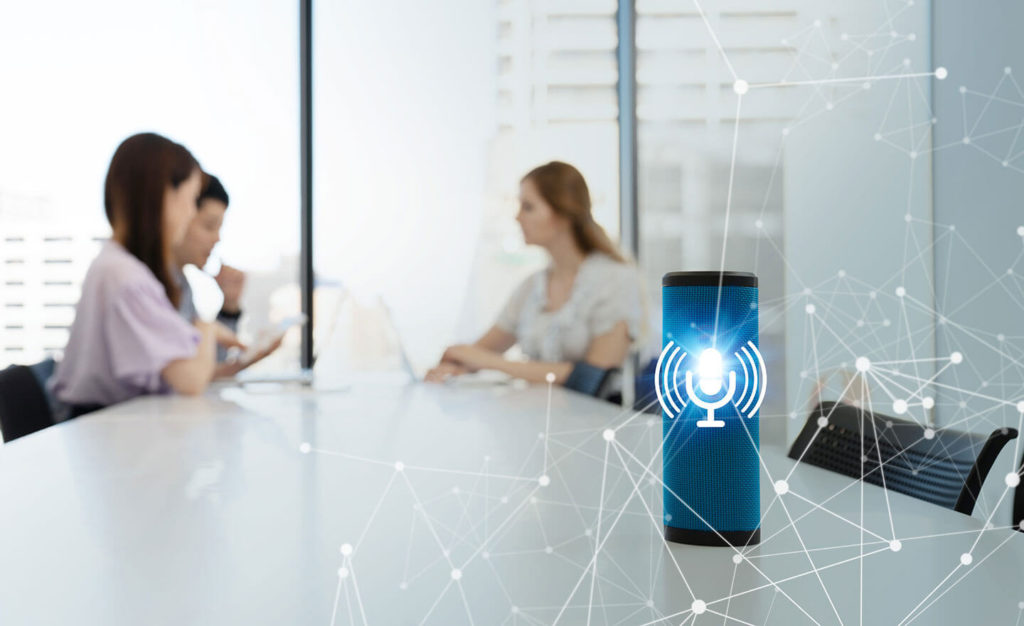 For many consumers, the concept of voice control at home has become synonymous with the name Alexa. Given the immense popularity of Amazon's voice control platform and Echo devices, along with similar smart speakers from Google, Apple, and others, many companies that could be innovating in this field mistakenly assume that the market is already saturated in terms of both hardware and software.

In truth, the "voice" market is just getting started and represents a blue ocean opportunity for creative use cases and support services. What we're seeing so far today are mainly market reverberations of the same security-facing applications that have driven growth to date. The eventual blossoming of voice applications -- more accurately, audio applications -- for the smart home can and will go much further.

We've Heard This One Already

As an example, Amazon recently announced an extension of its free Guard app for Alexa, which monitors (i.e. listens to) the home for safety. The new offering, blandly branded Guard Plus, brings the end user the ability to use voice for hands-free calls for help in case of an emergency.

The product promise is not quite ready to rock the emergency alert market, so mPERS vendors can breathe easy for the moment. There's no actual dispatch on offer, only advice on how to get it. According to Amazon, when you say “Alexa, call for help” you "reach trained emergency response agents who can help you request an ambulance, or contact the police or fire department."

In essence, for a $4.99/month price point that's becoming increasingly familiar, the user gets mPERS "lite" while Alexa leans in even more closely. One new feature listens for unexpected sounds like footsteps when nobody's supposed to be home or awake. Another plays the sound of a barking dog to deter break-ins, presumably not because it made the burglar laugh.

Is There a Backlash?

A few salient points in the announcement are worth noting. The first is that once again, the voice-controlled application isn't looking past home security. Besides inclusion with Ring Protect Plus, there are partnerships with Abode, Scout Alarm, Resideo, A3 Smart Home and Wyze slated for 2021. For the consumer, these will all work more or less in the same way. There's nothing inherently wrong with me-too features, but the home security segment already lacks differentiation and is likely to saturate quickly.

Moreover, despite the seeming simplicity of life with a voice assistant, technology concerns are beginning to achieve traction. Many consumers are now suspicious of the data that's collected and increasingly troubled by what seems like a thin line between attention and snooping. This is particularly true of seniors, who ironically represent the most promising customer opportunities for this category.

According to the Consumer Technology Association's "Active Aging: Consumer Perceptions and Attitudes" study, nearly 7 our of 10 of seniors and their caregivers report distrust with these products. While new privacy enhancements recently added to Alexa are a step in the right direction, unease with data collection from Amazon, Google, Facebook and others is the reason why privacy-facing competitors such as Josh.ai are able to sprout up and achieve legitimacy.

New Use Cases Are Waiting

We now live in a time where the home environment has to serve multiple purposes, often for multiple generations of the family. Two-way audio, including asynchronous interaction, will play a big part in creating new living solutions.

For example, in many homes today you'll find a school, and there's no reason to think that some form of today's remote learning won't continue indefinitely for both teaching and homework. We're all used to our children learning on computers, but our first steps at broad-scale remote education have revealed that kids are hitting their physical limits to screen time. Parents are rightfully concerned.

Educational applications that are based on voice can provide rich learning experiences away from the screen. These include lectures, responses to free-spoken questions and even multiple choice quizzes (so far). Today we all know what a "home office" should include and how it should work. So far we have no "home classroom" equivalent. But we will.

Moving to the other side of the age spectrum, the elderly seem to love their voice controllers -- once someone tech-savvy has gone through the process of setting it up for them. That said, they often get bored and lonely asking the same questions about the weather every day. Senior loneliness is a serious health problem that has been intensified by the pandemic. The thought of transitioning to a nursing home is now physically, as well as emotionally threatening.

For many seniors, particularly the elderly, companionship and conversation are difference makers between aging well and losing independence. An emerging, personalized medium of genuinely easy-to-access-and-use 2-way audio, including book readings, group conversations, interactive chatbots, video get-togethers and entertainment curation awaits its birth as the new "radio" for this generation.

The cornerstones for all this have already emerged from the usual suspects in Seattle and Silicon Valley. However, today's user experience is still too difficult for much of the customer base. Further, the business models pursued by today's major players may not ultimately withstand consumer mistrust or potential future legislation.

Innovate or Pull Over

Which sectors and companies will be savvy enough to package and sell these opportunities and move past the technology, privacy and usability roadblocks? Telcos? Content studios? Smart home manufacturers? Technology integrators? The answer will include all of them when this channel finally moves out of first gear.

Over a century ago, just one entity, the Edison Manufacturing Company, owned virtually all of the patents for motion pictures. Its anti-competitive practices were ruthless even by today's standards. Eventually, owner Thomas Edison licensed the IP to a small group of companies – which in turn became even more anti-competitive. The backlash to this consolidation resulted in the creation of Hollywood, and the rest is history.

Today, many otherwise innovative companies see formidable industry leaders laying the groundwork on voice AI and believe that the game is already over. In reality, a new era of "the talkies" has only just begun. We look forward to hearing what's next.