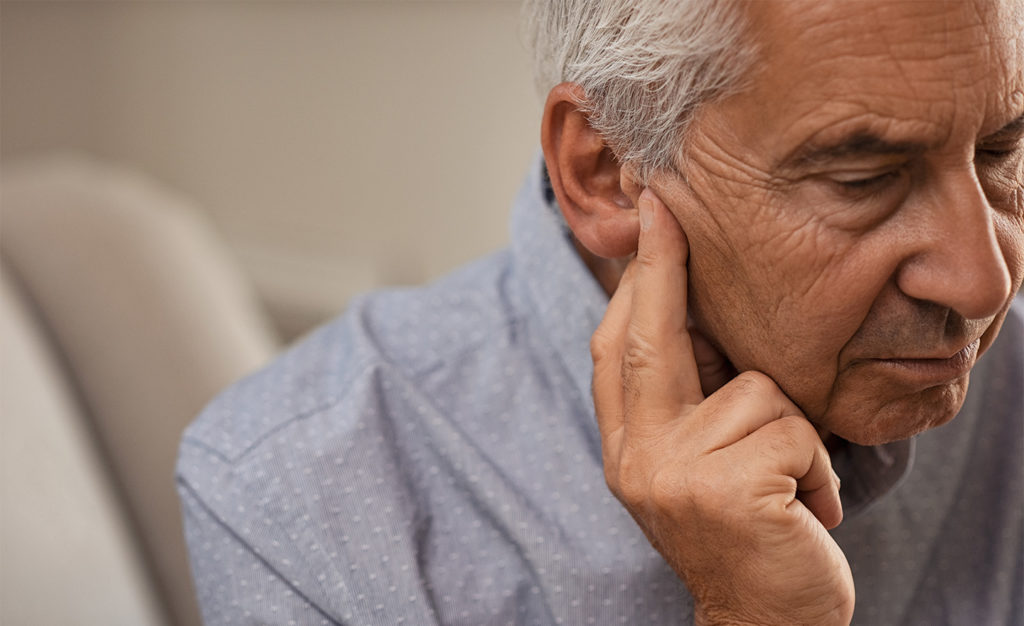 This article was prompted by a comment Robert made to last issue’s article, “Hearing Loss and the Need for High-End Audio.” I asked Robert to expand on his comment here. – Ed.

Hearing loss is a part of life for so many. It is not a curse, but a condition that affects people on a spectrum from quite mild to severe. Depending on its severity, it can significantly affect someone’s life or merely be a nuisance. For some it simply requires turning up the volume a bit more on their TV, phone or while listening to music, while for others it steals certain frequencies and may make intelligible listening difficult. Hearing loss, like so many other disabilities, is an important topic to speak about, especially now that many more affordable and better-performing hearing augmentation solutions are coming to the market.

I have been working on this topic as a part of my audio career for some time. The truth about hearing issues is that they are widespread, and should not be a subject of shame or hidden, as they are often a quality of life problem. Much hearing loss can be natural; as we know some high-frequency loss is often associated with aging. Hearing loss can also be noise-induced (NIHL, or Noise-Induced Hearing Loss) from being exposed to loud sounds at work or at rock concerts, to name just two examples, and can take different forms, such as tinnitus (a high-pitched ringing, whistling or other sound in the ear) or simple volume loss, often caused by the death of fine hairs in the ear.

Historically, one major problem with hearing issues has been their cost. The highest-quality units can cost upwards of $6,000. For many, such an expense is simply not an option. And while the best devices are small and discreet, they have relatively short battery life (although rechargeable hearing aids are now available) and they’re easy to lose, (and buying two pairs of hearing aids in case one pair gets lost isn’t an option for most). Long-suffering family members may simply have to yell or repeat themselves.

As a result, over 80 percent of those with hearing loss simply do nothing about it. This is a shame, since a new breed of assistive listening devices is becoming available, thanks to advancements in technology as well as the passing of the Over-the-Counter Hearing Aid Act of 2017, which has paved the way for the availability of lower-cost hearing aids.

Up until 1996, when Widex and Oticon introduced commercially successful digital models, hearing aids were analog devices (with the exception of a few digital models that never reached mass acceptance). Someone in need of hearing aids would go to an audiologist for a hearing test, which produced a listening curve known as an audiogram. Then, hearing aids would be custom made for the person, constructed by using resistors and capacitors in order to correct for the person’s specific frequency losses, apply needed volume boosts and so on. Hard to believe today, but that’s how it was done.

As you can imagine, the better devices were very complex and handmade and the result was expensive. Surely this was better than an old horn stuck in the ear, but the cost left most people out.

Over the last 35 years, a better path has evolved, the results of advancements in digital signal processing (DSP) and component miniaturization. Digital signal processors in hearing aids handle much of the required frequency response and volume level corrections, in addition to providing other enhancements such as noise-cancellation and control of the directionality of hearing aid microphones. In addition, as noted, the nature of the marketplace is beginning to change thanks to the Over-the-Counter Hearing Aid Act of 2017, and rules, regulations and laws being changed to allow over-the-counter sale of hearing devices that do not need to be issued by a doctor or an audiologist. We see this in the $499 devices now offered by Walmart or Costco. These are not the top solutions but they work and help.

Advancements in audio DSP technology are of course being driven by today’s consumer electronics world of smartphones, laptops, streaming audio and the vast universe of devices that rely on DSP, to say nothing of the immense success of small true wireless in-ear headphones such as Apple AirPods.

It is projected that 320 million units of true wireless headphones will be sold in 2021. This makes the parts used in their manufacturing to be widely available and cost effective. Hearing aids are also common, but if the parts for both product types can be used interchangeably, the current 30 billion dollar hearing aids business could quadruple as many more people will be able to get help.

In-ear wireless headphones are sold in tremendous volumes and are driven by SOC (system-on-chip) wireless solutions from firms such as Qualcomm, Airoha (MediaTek) and Realtek. The SOC chips include DSP functions. On the other hand, most current hearing aids use proprietary systems that are customized to the size and power constraints of hearing aids, which is one of the reasons for their high cost. However, since the form factor for hearing aids is much the same as for wireless earbuds, they can share many of the technologies used in earbuds. As a result, the overall cost of hearing aids is dropping, while the capabilities of the devices are growing and their power consumption is shrinking.

As the production of the components used in hearing aids moves to much bigger providers, it has enabled other types of “companion chips” with specific processing functions like additional memory and DSP, or even machine learning or AI functionality to enable more capabilities. That is what Nuheara and Pyour are doing with some of their hearing aids. Also, firms like Stringer make DSP products specifically for hearing aids. Over time, some of these functions could be absorbed into SOC chips. These advancements have resulted in better performance in measuring a person’s hearing and in smoothing out the response curves of hearing aids, even giving users the ability to adjust their hearing aids on the fly.

Earlier digital hearing aids had sampling rates around 20 kHz – far lower than CD-quality – but modern devices now generally sample at or above CD-quality level, thanks to shared chipsets and the price of technology coming down.

More advanced hearing aids from new firms such as Eargo can interface with phones, TV and other devices in highly interactive ways and also work as many conventional headphones do for music and other listening, as well as serving strictly as hearing aids. I just reviewed a pair of hearing aids from a firm called Pyour Audio (pronounced “pure”; these folks are from The Netherlands) that feature quite high-quality drivers to produce good audio and utilize Apt-X HD and other higher-end codecs. Their hearing aids are really modified high-end true wireless earbuds, combined with a companion chip to run Pyour’s algorithms and make the devices function as hearing aids.

In fact, Pyour hearing aids have a 48 kHz sampling rate. As chipset solutions continue to come down in cost this means we may even see the advent of “audiophile” hearing aids.

In addition, we’re starting to see audio products other than hearing aids that address the needs of people with hearing loss. Not surprisingly, a major product category is TV speakers and soundbars. (Among other topics, ZVOX’s Tom Hannaher addressed this in our interview in Issue 123.)

I feel that ultimately, there will be no reason for those with some form of hearing loss to not be able to enjoy music as much as the next person. (This isn’t even taking into consideration the fact that many people with deep hearing loss, or even totally deaf, still enjoy the rhythm of music and dancing.) Better and more affordable solutions are on deck. If readers are interested, we can cover specific products in detail in future articles. This is all good news.